After being raised with a super-8 and Star Wars stop motion movies, I went to film school at Northwestern (with a double major in Anthropology), and then worked film crew in the Chicago production scene.

Along the way, I picked up a Mac and learned gobs of graphics, and ended up at Industrial Light & Magic’s Art Department. From there, it was down to So-Cal to work in the blossoming motion graphics scene — doing it all as an animator, designer, Art Director, Creative Director, and Director.

With a passion for storytelling, I love to mix live action with beautiful graphics, typography, and vfx. I’ve won awards — Emmy, Promax, Telly, FWA, and SXSW filmfest; with an array of clients such as Gatorade, NFL, Disney, Cisco, Sprint, Lexus, and Nike.

On tap:
“Kiss the Girls” by James Patterson

Just read:
“How to Avoid a Climate Disaster” by Bill Gates
“How to Prevent the Next Pandemic” by Bill Gates
“The Whistler”, “The Judge’s List” by John Grisham
“The Last Thing He Told Me” by Laura Dave
“The Girl Who Fell From the Sky” by Heidi Durrow
“The Fifth Risk” by Michael Lewis
“Apples Never Fall” by Liane Moriarty
“Homo Deus” by Yuval Noah Harari
“How to Change Your Mind” by Michael Pollan 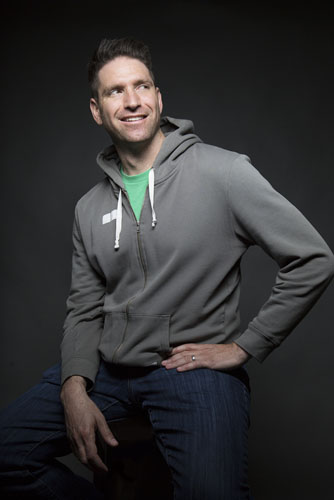