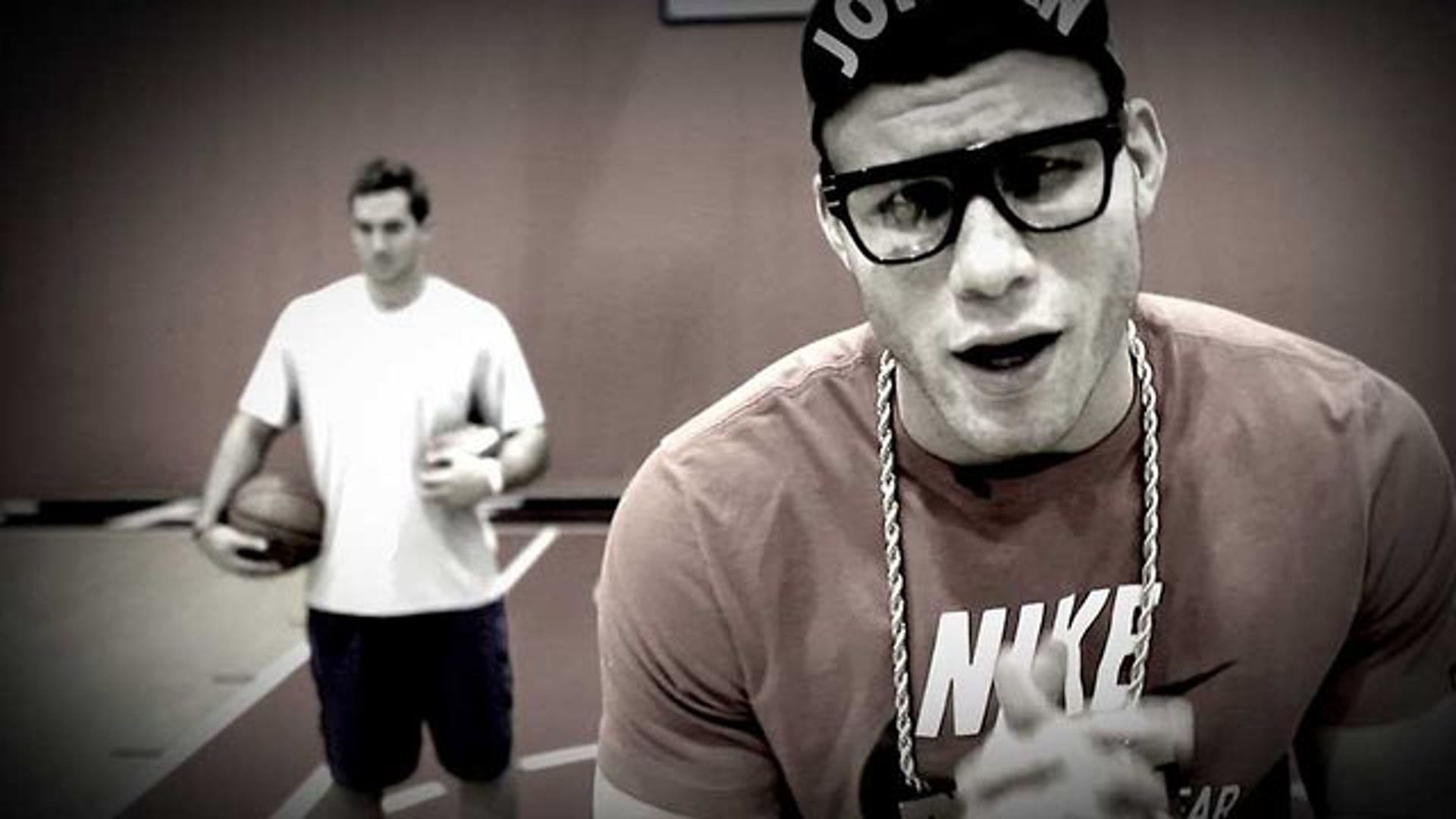 In this promo for the NFL Draft, Blake Griffin touts USC Tight End Jordan Cameron. It was made as a spoof/celebration of Spike Lee’s “Mars Blackmon/Michael Jordan” Nike commercial’s in the 1980’s.

This promo was put together very quickly over a couple days, and shot at the old Clippers practice facility. What makes Jordan Cameron so good? Well, it’s not the shoes!

Blake Griffin, an Oklahoma Sooner, is forced to sign my daughter’s Texas Longhorn t-shirt. He claimed not to actually touch the shirt, but you can clearly see here that he made contact. 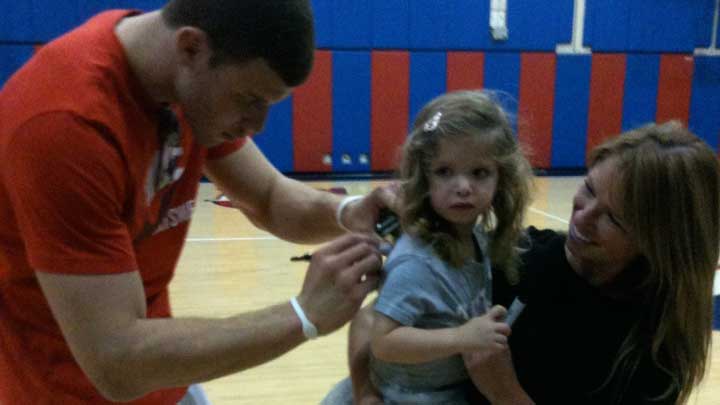